The Next Big Thing Blog Hop, the Intro.

THE NEXT BIG THING BLOG HOP. It’s a hoppy thing. (See what I did, there?)

What is a blog hop? Among other things it is a way for readers to discover new authors. The path to publication has always been a tough one to navigate, and even when it is attained it is usually not that fabled pot of gold at the end of the rainbow. Getting seen and read after being published is growing tougher by the minute. There are so many good books out there you’ve never known existed, so many amazing authors who are just not getting the attention their skill warrants. Bookstores are closing and publishers aren’t promoting new authors the way they did in the past. Despite all of our hard work, many deserving authors are simply falling through the cracks. It rests with us, fellow authors, and us, fellow readers, to discover the talent that lies in the big blue beyond.

My place in this little hop is to tell you a bit about my book, Resonance, and to direct you to more authors who deserve a chance to be read and appreciated. Pop back in next Wednesday for my Q&A about Resonance, and for links to five other deserving authors.

So, Resonance is my book. It is a dark urban fantasy with lots of demons and magic, and one very reluctant punk hero whose name is, you guessed it, Resonance. It is currently for sale exclusively through Amazon. Print versions are in the works.

A huge thanks to one of my first-ever writing friends, Sidney Williams, for tagging me to participate. He is a talented author whose work you definitely should be reading. Give him some clicky love and check out his book, Midnight Eyes, from Crossroad Press.

See you in a week.

Sidney Williams tagged me in a fun meme, so I figured I’d play along. Well, at first I couldn’t, because I was supposed to go to page 77 of my work-in-progress, and the only thing I’ve been doing as of late are novella length, or shorter. But, my genius friend Kate Sterling said I could do what she was doing and go to page seven, and play that way. The rules are, go to page 77 (in my case 7) of your current work. Count down seven lines, and then post the next seven lines/sentences. As I’m a chronic long sentence writer, I chose to copy the sentences, not the lines.

This is part of a short story I’m writing for an anthology on sexuality in fantasy.  I’ve had some thoughts, lately, on the recent sociopolitical push to drag women back to the old prehistoric caves by our hair. It has caused me… Angst. Okay, rage. And you know me, go dark or go home, so this little dystopian piece of bad news was born. This scene is where our heroine, Cherry, is confronted by an official of her church commune whose twisted desires for her cause him to act out in unholy ways:

“To keep me chaste,” she sputtered past the blood.

“As a reminder the Destroyer is everywhere, and that his demons cannot be overcome with manmade Chemical, or the National Church’s polygamist whoring, but by purity’s resistance alone.” If Cherry desired her back as bloody and raw as the Warder made his own every night, she would have added, But, the government keeps pumping me full of hormones and Chemical so I can lure these earthly servants to them, and you let them do it, so how can I be pure when everyone demands something unholy of my virginity?  As she had no desire to be whipped, she remained silent.

The Warder had always been a devout boy, singularly driven to understand the world they had inherited, the life so unlike the antiquated photographs of men and women walking freely in the sunshine, holding hands and pressing together their lips and bodies. He had latched on to the church’s inane assertions that the mouth of hell had opened up and spewed forth the creatures that had one day appeared from underground and carried off the majority of the world’s chaste in less than a month’s time.

As I am very, very late to the game, all of my writing friends have been tagged, so I can’t play the “tag seven friends” part. But, if you’re a writer stopping by here and want to play, go ahead. Just let me know in the comments so I can read your 7-7-7. 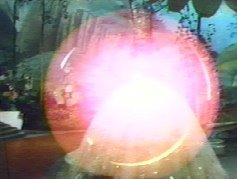 There is much talk of how writers exist in isolated bubbles. All day we hunch over keyboards, pecking away, creating worlds we sincerely hope others may one day see. It is a sometimes difficult occupation, and quite often a fairly lonely chunk of our lives. But, on occasion, our lonely little bubbles bump into other bubbles, and things start to look up.

Last week before submitting to the ABNA was–interesting. No major drama, or anything, but just a series of mental hurdles to leap over, crawl under, and crash into. Had I been jumping through the prerequisite hoops alone, I probably would have put my head through the monitor. Thankfully, John–one of the first internet bubbles I had ever grazed–was standing by for me. In him I have found a great writing partner, a sometimes brutal, but always honest, editor, and a pretty cool friend. John, you probably don’t ever drop by here–you bastard–but if by some chance you happen to stumble over this post, thanks for everything–and, uh, sorry for the, “bastard,” part.

So, I submitted my novel yesterday, then moseyed back to the internet to find an email from Christina, that I had won a drawing, and that my buddy Pirate Steve–who clearly understands I’m unreliable when it comes to keeping up with posts–had dropped by to give me the heads-up. And that’s when this whole post came together. I realized that yes, my week had been tough. But, it wasn’t at all lonely.

This post is for all of you–the ones I’ve met and become friends with; the ones who pop by even when I’m a slacker about posting/viewing posts; the ones who drop me emails to see if I’m alive; and the ones who, by just floating around in their little bubbles, make me feel better about it all.