Back–and as Always, in Black

I departed sunny Florida on Sunday, the fourth, leaving behind a huge, four-bedroom house, a hot tub, fully functional indoor climate control, and some of the prettiest, sunniest days I have ever witnessed. I arrived back on the good ol’ Eastern Shore fifteen hours later, and haven’t seen the sun since. It’s been rainy, drizzly and cold. The wind blew so hard while we were gone that bits of our exposed insulation popped out of the studs. Currently, the rain is pinging against the vent pipe of the pellet stove, reminding me with every drop that I’m not in Oz, anymore. Still, I’m happy. My low ceilings feel cozy and snug compared to the soaring ten, twelve foot ceilings in my brother-in-law’s house. My trailer-width living room glows softly with the combined ambiance of the firelight and red-lighted Christmas tree–no, I haven’t taken it down, yet. My books, stacked up in piles as they are, are a welcome sight after spending a week in a house where the only books to be found were on a tiny kids’ shelf, and another private collection consisting of only James Patterson novels.

Don’t get me wrong. I had fun down there. There was horseback riding–something I haven’t done for nearly twenty years. I scuffed the crap out of my combat boots climbing an orange tree to reach a handful of huge, perfectly ripe fruits. I took photographs as my extended family raised a cloud of dust chasing chickens in a vain attempt to get my mother-in-law’s rooster some company. I raided a cigar shop for boxes and came out loaded with many containers which have since solved my desktop organizational issues–one even holds my beloved index cards. On New Year’s Eve I tasted some white lightening, got in the hot tub, and then bore witness to a drunken old man (who, despite my evil inclinations to do otherwise, shall not be named) stripping down to his ultra brief-briefs and climbing in to join me. I think I might be a little mentally scarred from that one, though.

Now I’m back, mercifully without a trace of suntan, and am ready to hit this year full force. I’ll be putting Resonance in the Amazon Breakthrough Novel Award contest this February. I’m not expecting much to come of it, but one never knows which way the winds might blow. I’ll also be hitting up some more agents in the next few weeks and moving forward with my next two novels. The insane asylum which was my computer room is now much more conducive to creativity–mostly thanks to the Architect, who finished insulation in the attic/loft, so I could move some shit around and make space for more clutter storage.

Despite the persistent gloom outside my windows, I’m in a pretty optimistic mood. My favorite sore point, Captain Jackass, has his days numbered at thirteen, and then we’ll have a brand new sheriff in town. For being such a pessimistic stick-in-the-mud, I’m surprisingly giddy/hopeful about our new administration. Of course, the economy is the big nasty hiding under the bed for all of us, but, the way I figure, even if jobs go away and my house is taken back and everything material goes in the shitter, it’s still just stuff. As long as I have the Architect and my kitties, everything else is just stuff. And I’m pretty sure I can get more of that somewhere along the way.

Happy to be Back

Well, that was the most eventful Christmas ever. The Architect and I shared Christmas with my family. One of my nephews hurled all Christmas day, supposedly too excited about Santa to keep his food where it belonged. The Architect and I woke up at four (we didn’t really sleep, so I guess the technical term would be ‘got up’). We made it on the road by five and drove sixteen hours, stopping only for bbq in Georgia. We arrived at my brother-in-law’s house around nine o’clock that night. I, too, must have been overly psyched about Santa’s arrival, because I promptly started to hurl and didn’t stop for ten hours. Let me tell you, there’s not much worse than defiling your nephew’s private bathroom in a brand new, upper six figure house and then having to take his Big League Chew stash out of its storage bucket so you can continue hurling in that when you’re too weak to get out of his bed. The next morning, he said, “Avery, was that you?” I supposed he thought it was the Architect making that god-awful noise. Or, maybe a Yeti mystically sucked into his bathroom, trapped and unable to work the door handle.

I recovered after a day or so and we set off on adventures to St. Petersburg and Tampa. We picked vegetables and fruit from my brother-in-law’s fields (he owns a produce company) and hung out with some friends of his on New Year’s Eve, drinking somebody’s homemade blackberry wine, which, happily, did not cause blindness or more upchucking.

We left for Orlando New Year’s day and the warm weather departed with us. It was forty degrees with high winds two of the four days we were there. The parks were packed with people and there was no getting on any of our favorite rides. My appetite had returned somewhat, so we found some really good dinners, our favorite being at Todd English’s Bluezoo. We did manage to see the dancing Christmas lights at Disney MGM. Although the fake snow they blew into the streets was less a novelty and more a reminder of just how cold it was (especially since it had been eighty just a few days earlier).

The drive home Saturday was long and torturous, mostly because of the impending drive up the Eastern Shore of Virginia once we crossed the Chesapeake Bay Bridge Tunnel. In the daytime, the bridge/tunnel is a beautiful sight–a serpentine structure grazing just above the water for twenty miles, vanishing here and there as it dips underwater. But, at night, it’s just a stretch of dark, surrounded by denser blackness on all sides. In the distance its string of lamps halt as if you’re about to reach the end of the world, and it’s only when you’re right on top of it you realize there’s a tunnel ahead. Once on the other side, there are two painful hours of fifty mile-an-hour nothing to navigate, the drive permeated by the stench of chicken farms and punctuated only by a handful of one-light towns with twenty mile-an-hour speed limits and loads of bored cops just waiting for your speedometer to creep a single notch above the posted limit.

Still, despite the numerous pitfalls, we managed to have a good amount of fun. And now all I’ve got to do is shake this cold my Florida niece was generous enough to send back with me.

Speaking of sharing, I’ll put up some of the better photos of our trip in the next day or so, once I feel well enough to mess around with Photoshop. In the meantime, I’ll be making the rounds, checking out how your own holidays went.

All Over the Place 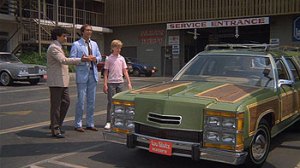 This post is, as the title suggests, unfocused and without any real writing ties or any unifying theme. If you still feel compelled to read after that glowing bit of self-promotion, please, do so. I just thought I’d warn you beforehand.

I managed to get out another round of queries, mailing them off with not-so-high hopes on Saturday. The expectation of rejection is now the default emotion, and I’m not sure if that’s a good or bad thing. But, with this pessimism comes the toughened skin I’ve been trying to grow, as well as the general feeling that if I don’t get rejected, it’ll at least be a happy surprise.

The rest of my time has been devoted to dealing with the fallout from poor purchasing choices. Like Clark Griswold with the Family Truckster, I manage to do all the wrong things with big purchases. From another issue with the broke-assed car, whose engine we decided to replace instead of getting a new one, to spending hours of my days on the phone with a certain television manufacturer who promised us a nice plasma set and instead gave us a costly paperweight. It’s been problem after problem for the entire two years we’ve owned it, and has been essentially useless since May. Twelve weeks has passed since the glass-and-aluminum albatross stopped working altogether. They gave us the runaround when it came to repairing it, gave the repairman the runaround by sending him the same broken parts over and over to ‘fix’ it with, and then again gave us another turn on the merry-go-round of reaming with the fight to get it replaced. I’ve lost time, money and sleep over this, only to lose a good chunk of my original investment cost by being forced to settle for a ‘comparable’ set that is way less expensive because of ‘depreciation.’ I can hear the cash fluttering out the window as I write, or quite possibly turning to ash in my hand as I put a lighter to it. And turning on the Big Nasty that dwells inside me did absolutely nothing. As I mentally mourned the death of small companies that actually cared if they lost business, I swear I heard the so-called manager shrug when I said neither I nor anyone who would listen to me would ever buy one of their products again. He ended the call with a thinly veiled version of, “Are you going to get off the phone, or what?”

I think I’m going to stop making decisions for a while, at least where large chunks of machinery are concerned. There goes that new backhoe I’d been eying.

On the up side, this Christmas will bring a trip to sunny Florida to visit the in-laws, who are snow-birding it down there until spring. And, yes, there will be the short trip to the Cheesiest Place on Earth. What can I say? I need some synthetic cheer right about now, and the other kind just leads to poor hygiene and even poorer decision-making skills. Besides, it’ll be nice sitting there in the “Carousel of Progress,” watching those robots warble the virtues of The Future with optimistic exuberance (obviously, they’ve never had to deal with a company that’s name includes the letters L and G).

Still, the New Year brings promise, doesn’t it? Or, at least the soothing equivocation of a clean slate. And I’m all for one of those right about now.