Bringing in the Cast 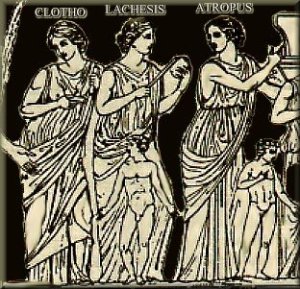 Several years ago, while walking around a small town, the Architect and I saw a store boasting a huge selection of handcrafted yarns harvested from all sorts of non-shedding quadrupeds. Curious, we stepped inside. Seated in a circle, each with their various projects on their laps, were six older women–all glaring at us as if we’d bumbled out of some crude dimension into their private, fluffy utopia.

Taken aback, we stood for a moment, surreptitiously eyeballing the door to see if we’d interrupted a class. There was no sign posted. Neither of us dared open our mouths to ask; the air was thick with the unspoken words of the conversation we’d just interrupted. Adding our own voices to that suspended witches’ brew would have crashed it down on our heads, invoking–no doubt–the worst of repercussions. If not for the Stooge-like treading on one another’s toes a quick retreat would have involved, we would have backed out that very instant. But, out of concern for our dignity, we instead made a hasty circuit of the single room, pretending to gaze with interest at the cubby holes filled with yarns of all sizes, textures and colors. In reality, we were edging along the narrow margins of the circle, trying to graze past the duplicated forms of Clotho, Lachesis and Atropos without touching them as we gauged the remaining distance to the door.

The memory of this experience popped into my head yesterday when I tried to decide how I’ll introduce the characters in this next novel. Because I generally don’t think clearly (or at least specifically) in the beginning stages of plotting, I had imagined everyone (new and old) in the first scene. In my head, they were just hanging around together, waiting for me to tap them with some dialogue. The characters are so familiar to me even at this point that stumbling into a room full of them would be like walking into a welcome surprise party (if such a thing exists). But, to readers it would be like my experience with the Fates–overwhelming and utterly intimidating, a jarring intrusion into a distant world. As the readers’ eyes darted across the first sentence, the gaggle of characters would seem to stop their action, swivel their heads in the readers’ direction and ask, “What do you want?”

So, now it’s down to deciding who gets to go first and why. Of course, Res will be there. But who else? Her new sidekick or her old one? Her new boss? Mini-Me? I’m not sure yet. I need to study the story more. Once I figure out what I want to happen in the first five or six chapters, I should have an idea of who needs to be there and how they arrive.

In the meantime, if you’re ever in a small town in Maryland and have the misfortune of stumbling across the home of the Fates, would you help me out with something I’ve long wondered about? Casually walk over, snatch the ball of yarn from Atropos and run like hell. It will be the world’s greatest existential experiment; if Lachesis measures the thread of life (marking its end for each soul) but Atropos can’t cut it, what happens? Eternal life for everyone? Lots of zombies?

(Avery eyes hornet’s nest, and then the stick on the ground. Picks up the stick. “Wonder what this will do?” Poke. Poke)