When People Utterly Surprise You 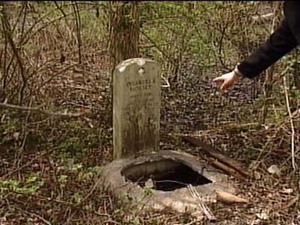 It all started at dinner at my in-laws. They live forty minutes away from us in a town that makes ours look like New York City. It’s an old waterman community where people are happy to live small lives, spending their days immersed in one another’s business, exhausting themselves to the point that bedtime comes at five-thirty in the evening. My in-laws had moved away from there as teens, but recently decided they missed their siblings and moved back.

While we were having dinner, my mother in-law called her sister who lives down the street and asked her if she and her husband wanted leftovers. An hour later, the husband dropped in to fetch the warming food. He’d just come back from church and was bursting with the news of local vandals who’d tipped over the cemetery’s headstones and disinterred many of the ancient remains, smashing skulls on the rocks and scattering femurs and humeruses, which local dogs picked up and brought home as unwelcome prizes.

Of course, the townsfolk blame the desecration on the residents of the new home for troubled boys, despite the fact those kids are locked down and watched much closer than the longtime street-wandering teens who have zero to do on a weekend night out in the middle of nowhere. No. It couldn’t possibly be Donny’s kid, or Bobby’s. Couldn’t be Ricky’s, or Danny’s kid (yeah, every man’s name does end in a ‘y’). It has to be those out-of-towners. Fortunately, that particular community is devoid of Goths, because they’d be nailed to the nearest wall faster than it would make one’s head spin. No one would listen to the fact that Goths are happy posing for photographs under the looming monoliths (or possibly having sex on the grass above a resting body). It wouldn’t matter to these honest, church-going folk that Goths rarely have zeal enough to go about tipping over headstones, or that destroying the highly regarded denizens of the underground amounts to a mini-sacrilege within the Goth community. It’s always the ones who are obviously different who are to blame — never the one right under their noses.

We were sitting around the living room talking about the headstone tipping and the possible culprits. My in-laws voiced the opinion that it was merely a bunch of bored kids. Then, the bomb dropped. My uncle said something about not understanding why kids would hang out in a graveyard, and my seventy-something, tiny mother-in-law said, “I could tell you something about graveyards.”

It turns out my sweet, loving mother-in-law used to go with a bunch of kids to an ancient, abandoned cemetery and blow up graves. She and her cohorts would find a vault with an ajar lid and dump gasoline down into the chasm below and set a match to it and let the entire mess blow, burning the contents to char.

I’m still collecting my jaw from the floor.

We meet people and incorporate them into our lives under the title to which we’re introduced. For twelve years she’s acted like my spouse’s mother and for twelve years I’ve viewed her as the woman who gave up many things to raise two really great kids. I let myself be lulled into accepting that relationship as it was presented to me. I let myself forget she had once been young and silly — and apparently a little bit freaky. When the reminder came, it was in the form of a right-hook.

It’s amazing, because I’m painfully aware of the stages of my own life, the evolution of the being that has become the ‘me’ I currently recognize in the mirror. I can point out every part of my existence and understand how that stage affected, and helped form, the next. But, when it comes to other people, I drop the ball. I forget that those in my life haven’t always been what they are now.

One of my mother-in-law’s favorite words is ‘Hellion.’ I think the next time I see her, I’ll ask how she feels her adventures in grave defacing formed who she is today, see if she can recognize that bit of hellion still existing within herself. Because I’m pretty sure I can. Now that I’m done being floored by her confession, I’m really not all that surprised. The woman’s got fire. Spunk. Under that small frame, behind those smiling brown eyes, that hellion is still lurking under the surface, just waiting to spring another one on me.

I am a roller derbying, dark fantasy author. This blog chronicles my adventures in life, writing and skating. END_OF_DOCUMENT_TOKEN_TO_BE_REPLACED
This entry was posted on Sunday, April 15th, 2007 at 7:46 pm and posted in Uncategorized. You can follow any responses to this entry through the RSS 2.0 feed.
« The Ending is a ‘Go’
Gettin’ My Dander Up — Again »

3 responses to “When People Utterly Surprise You”